An update on me and all that jazz

Not so long ago I noticed that I haven´t been studying nearly enough for past year and half or so. I did have reasons - I started university, needed to work (yes, bills don´t pay themselves) and with addition of many more things like moving etc., I had quite a lot reasons to pardon myself. My art skills were still getting better, and as for school, I am in (at least partially) an art major after all.

What I haven´t realized was that I would have been much much further along if I haven´t skipped studies and fundamentals I used to do before uni so much. The 180 minutes of drawing lessons per week (plus some other, even shorter classes in other artsy stuff) we get aren´t enough by far and even though the workload there is big, it doesn´t really help the illustration and concept art side. So there were basically no studies, only a bit of research and not many finished artworks either.

Now don´t get me wrong - I did what I had to. Education, (even only art-related) is very recommended here and  work, even if it´s not art related at all and massively time-consuming is neccessary. And clearing your head while on another task is great. The school environment actually did help me to open my mind about art a lot too.

The problem is that I didn´t do what I used to - practice anatomy, poses, a bit of perspective and lots of other studies. (And also I played a bit too much Skyrim and watched way too many cartoons). And I came to realize it can´t go on like that. So in the past few weeks I started to make studies again, to experiment with techniques and to paint a lot again. I know it doesn´t really seem that way from what and how often I post here, but I still have to work too :))

So that´s it for the big speech and now to the art.

I recently watched a great video on Ctrl+Paint called When in Doubt, Draw 100 and I decided to go by this advice. So here´s the first ten of a hundred studies of female faces I´ll be doing with a focus mainly on features placement and secondary on lineweight. 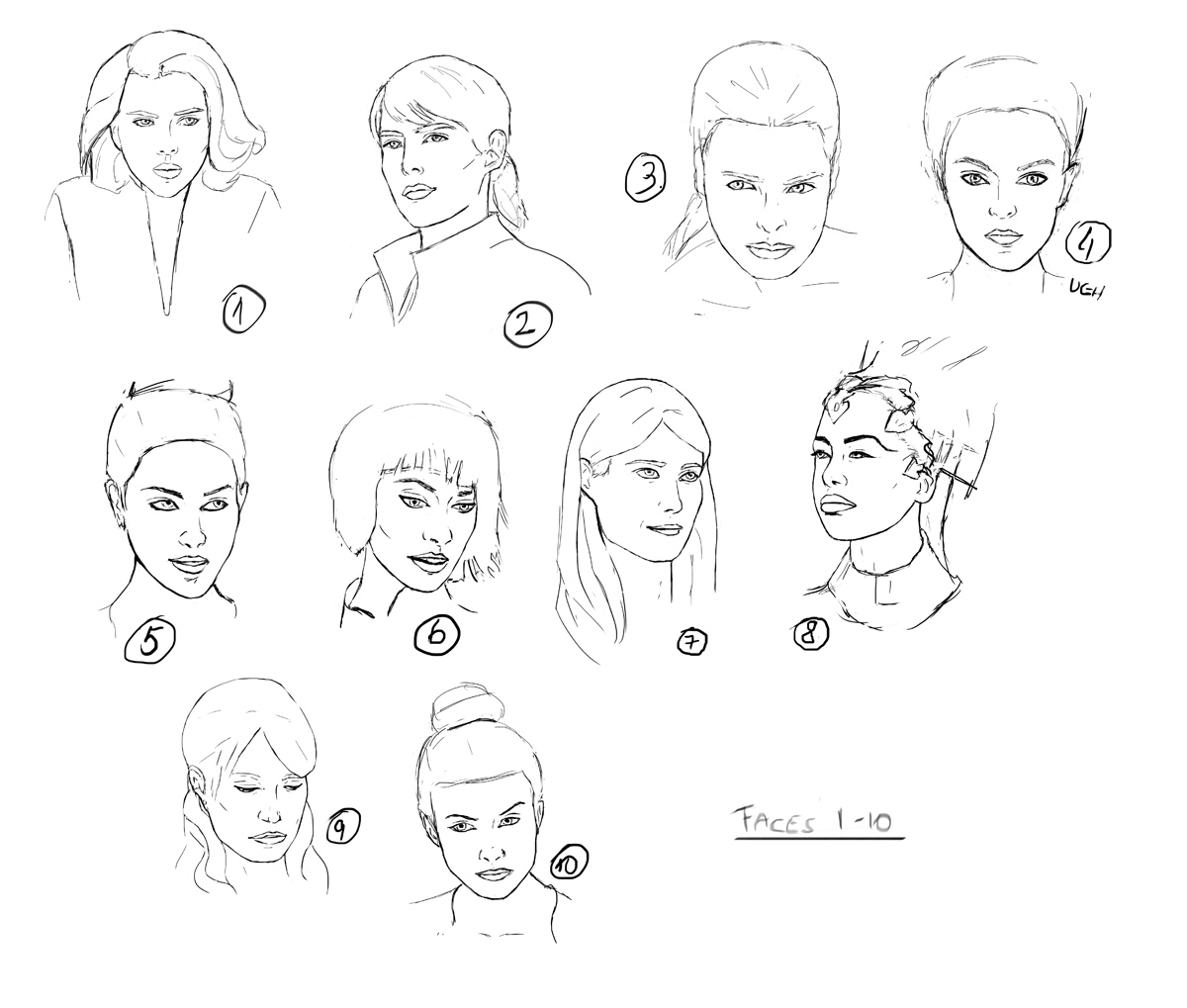